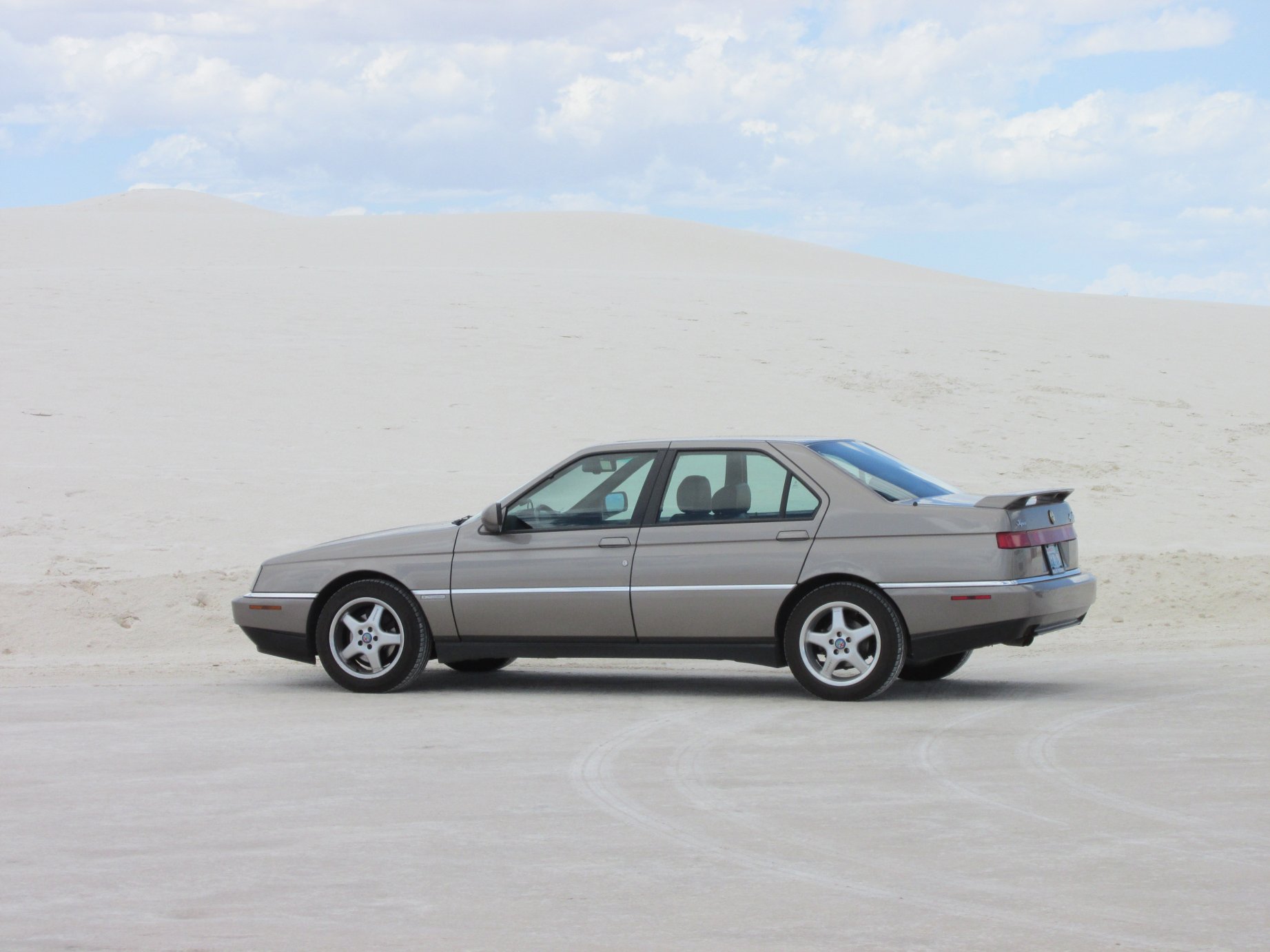 I've been away from Alfa for a while. Being in the USA they were not imported from 1995 till a few years ago. I have owned new several (4) 164s including one of the last 1995 LS, which we used as a daily driver for many years. Had a Milano Verde, 1974 GTV and an obligatory Spyder Graduate too.

Found this 1994 164LS with a five speed on the left coast. Had it shipped from Washington state to Georgia. It was sold by a retired Boeing engineer who contracted to NASA. He made several changes to the car. 45mm intake runners, sport exhaust, Koni all four corners with sport springs and Elbrach (sp) sway bars. He changed the transmission to a Q five speed. (the perfect old 5 speed is still in Washington, FYI) Rear trunk was converted to springs with the new wing.

Picture as taken a White Sands proving grounds on one of his many trips south in the car. It is a wonderfully set-up 164.

My best and be safe, Rusty
Top

Welcome, nice photo!!
This 164 has full equipment, the EIBACH bars are very rare, just like the Koni.
All that's missing is the SquadraTuning settings