I've been meaning post in this forum for quite a while but I've just couldn't find the time. So to give a short backstory. Around a year ago I was browsing the ads in my local forum and I've found a non-running 164 V6 Turbo with a rust free body. The guy was selling it as it is. It was non-running and needing a new starter motor and clutch. Luckily all of the needed parts were bought and all I had to was to change the old parts with the new ones. Ofcourse nothing is as it is with a car that has stayed for quite a while. So the brakes were in really bad shape. What I've decided was to go bigger and better. So the search started. Having experienced the 166 Brembo at first hand since my other car is a 166 V6 Turbo Benzina. I've decided to put the same setup on the 164. I've sourced a brembo from a 166 and 305mm discs from 156 GTA and started on the adapters. While going through different forums I've found schematics for 166 brembo adapters for Alfa 155. Although different models the shape was sufficient and next was sourcing a spare V6 hub so that I can have a mockup without the need to constantly jack up the car and go under it. 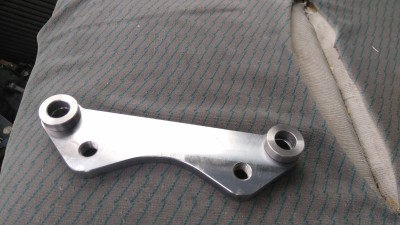 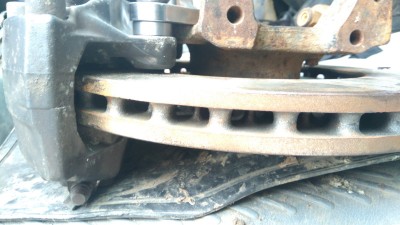 After careful measurements everything was ready to be bolt onto the car. I've also sourced some locally made SS braided lines to change the 29 years old rubber lines.

The final result looks like this, nicely tucked under 16 inch wheels. 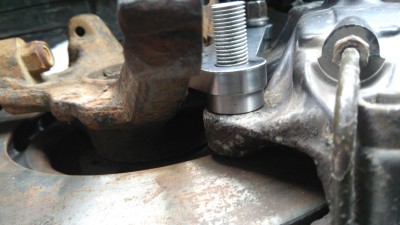 Good work, thanks for sharing

Return to “Tuning and Styling”